CHANDLER, AZ. – Abraham of Arizona was saved from an overwhelming financial disaster.

Abraham Garcia* is a Navy Veteran who, after his military service, worked as a meat cutter in Arizona. Abraham would fall on hard times when he and his wife divorced. In the settlement, he was left paying a very large sum of money for child support.

Furthermore, since 2009, Abraham had accumulated $24,497.98 worth in unpaid back taxes from both the State of Arizona and the Federal Government.

Though Abraham couldn't pay a fraction of what the IRS demanded of him, they kept charging him with interest and applying harsh penalties.

Due to the hefty amount of money that Abraham had to pay for child support, which was the equivalent of his weekly wages, he had nothing in terms of a disposable income.

But the worse was yet to come. The IRS had at last decided to collect. Abraham received a letter in the mail from the IRS declaring that they were going to begin garnishing his wages. The wage garnishment was, in actuality, a small amount of money, but for Abraham, this penalty was devastating.

Despite all the penalties being piled on top of Abraham, there was still one last entity that needed its money. Abraham finally received a levy for assets from the bank.

At last, he came to TaxRise out of options and facing significant financial hardship.

As soon as the experts at TaxRise were able to review the client’s case, they knew immediately that Abraham needed to be released from his wage garnishment.

Additionally, we knew that we needed to have Abraham under the Power of Attorney to halt the other collection efforts being levied against him.

Bad news then arrived from the IRS. The POA (power of attorney) had been rejected. However, this did not deter the TaxRise team in the slightest.

Even though the POA was rejected, the TaxRise team did not give up on our client, Abraham.

Abraham’s Case Manager advised him to compile all the necessary documentation. This included pay stubs, court orders, bank statements, and proof of child support so that a case could be sent to the IRS to release Abraham from the wage garnishment.

Eventually, the TaxRise team successfully proved financial hardship to the IRS. After temporarily ceasing all collection efforts, we crafted an offer in compromise.

In the end, we got both parties to agree upon the offer in compromise, reducing Abraham’s tax debt by over 90.4%.

TaxRise assisted Abraham in settling a $24,497.98 liability for $2,356 – saving over 90.4%. Additionally, TaxRise was able to release the client of his wage garnishment and bank levy. 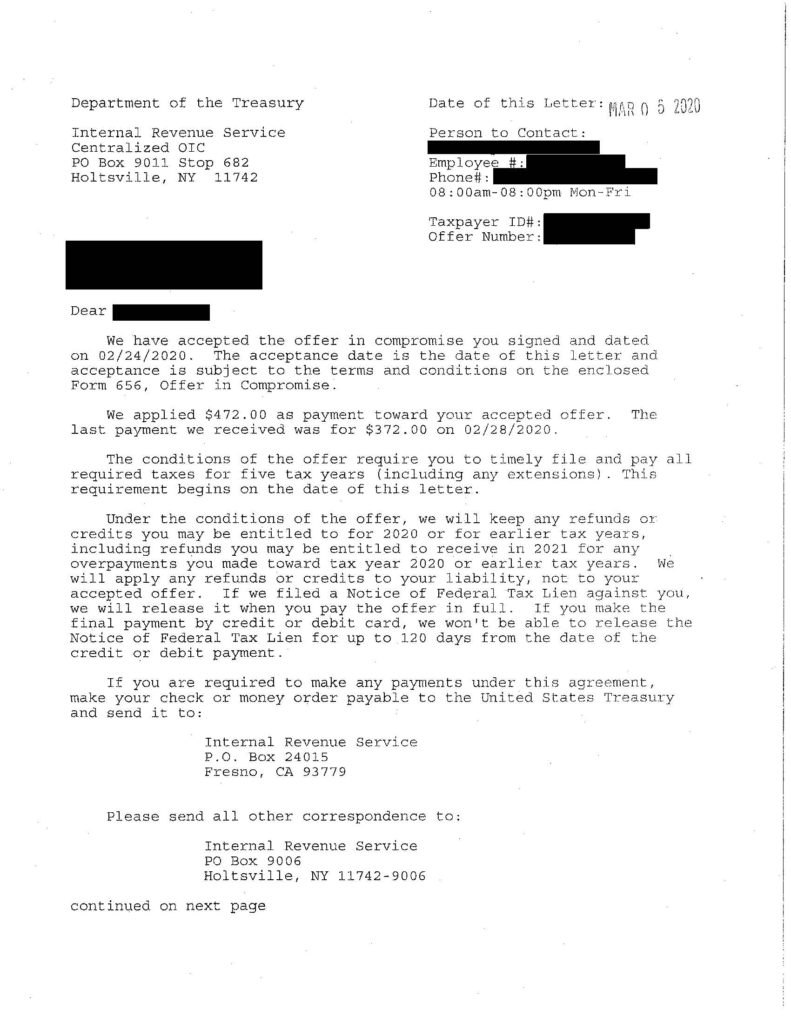