Loraine retired and decided to make some investments in her inherited Maryland home. One reverse mortgage later, she found herself in the midst of owing the IRS. When she came to TaxRise in 2019, she had accrued a rather large debt of $42,257 from unfiled taxes.

A new home led to a new nightmare that Loraine wasn't prepared for.

The IRS would have told her to sell her home to pay off her debt.

Loraine’s TaxRise team investigated her tax history, going back ten years. This thorough investigation is often referred to as Phase I, accompanied by a strategy plan.

There was a resolution decided upon by Loraine and her team. Her expert tax attorney provided by TaxRise presented a strong case to the IRS.

Resolutions and offers in compromise (OIC) aren’t always approved on the first try. Getting the IRS to back down can be like pulling teeth.

Although in Loraine’s case she did not get an OIC, she and the IRS decided on an installment plan that they both agreed upon.

What makes this plan different from a payment plan that she could’ve enrolled in without TaxRise, is that the IRS probably would have charged her thousands a month until the debt was paid in full. This is why more than the average taxpaying American can’t afford for a bill on top of paying a mortgage.

In this case, TaxRise was able to negotiate a monthly balance of $450. This balance was to be paid over the course of 36 months, or until the debt was paid in full.

You will be happy to know that as of now, only one year later, Loraine’s debt is paid in full!

Be the next success story! Start by taking this brief survey and a representative will contact you shortly after. 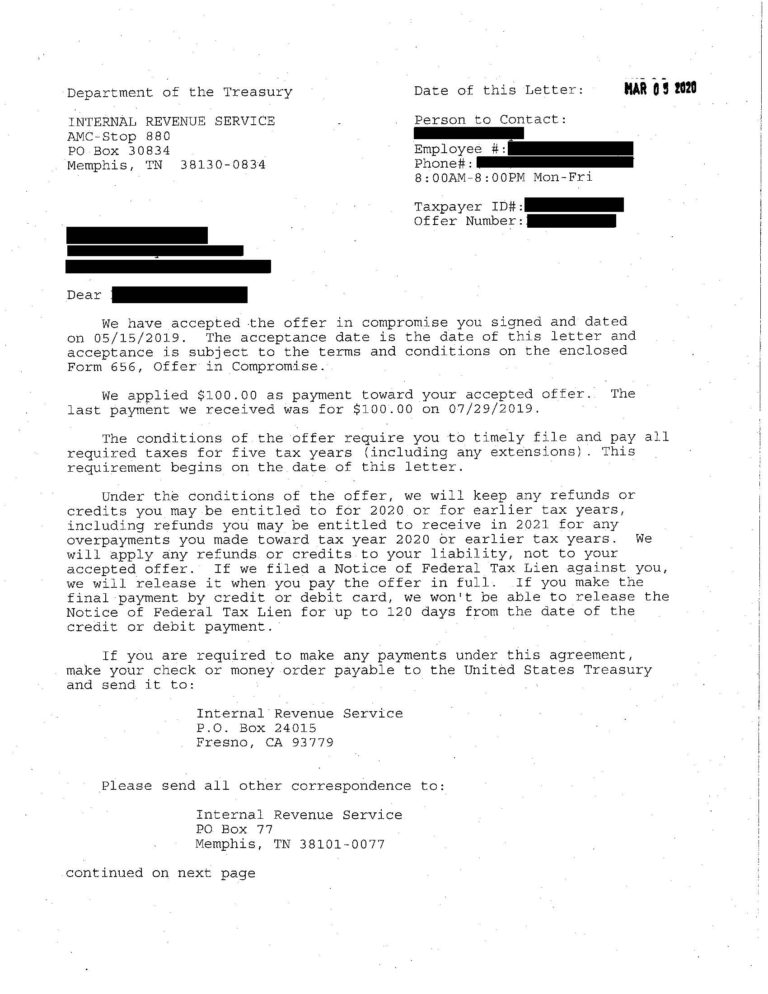